One of the things I’ve always loved about Network Marketing, is that it leaves no stone unturned when it comes to personal growth.

In this post I’m sharing a real life story that started last year and continues to be one of the most inspiring learning curves I’ve encountered so far….

We all keep regular contact with our Network Marketing leaders, usually daily, if not several times per day. If you are used to this kind of contact and it suddenly drops off, naturally you become concerned. Well that’s what happened to me last year when one of my top leaders, seemingly dropped off the face of the planet.

Little did I know at the time, that he had been arrested, extradited and put in prison.

Obviously my first reaction was shock. The only experience I’d had with prison, was from one the few TV shows I ever watched, ‘Prison Break’. So having only ever been exposed to prison life through TV, I started to panic about his safety.

This is one of my top leaders who I’ve been friends with for years and I’ve suddenly gone from daily Skype calls to no way of contacting him or finding his whereabouts. Little did I know at the time, that prisoners can be shifted almost on a daily level, (from jail to jail) to the point that their own legal team don’t even know where they are! Grr where is that (1800-Locate-an-Inmate) number when you need it!

My next thoughts were sh**, a friend has been thrown into an interstate jail and I need to fly up there to see if he is ok and show that someone cares.

So not knowing anything, I jumped on a plane to visit. I want to add here, that as a female who has never entered a prison in her life (and this is one of Australia’s most notorious prisons), my fear levels were starting to escalate. You go though so many security hoops to the the point that you think geez, if I had to get out of here in a hurry, I’m toast.  But then I started thinking if I’m scared, how must my friend on the ‘inside’ be feeling?

I have to say it felt like eternity sitting inside there waiting for the staff to ‘prepare’ my friend for his visitor. They dress them in this really weird outfit that comes up to their neck so that you can’t slip any illegal contraband into their clothes. Damn! Although I’m pretty sure they just stripped me of everything but my clothes 3 security gates ago! 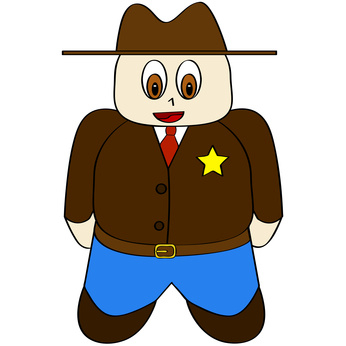 If you’ve ever experienced this yourself, you’d know that it’s pretty awkward working out what to talk about with a guard standing within earshot. So once the small talk ended, we started talking about (you guessed it) his Network Marketing business. I’d never really thought about this before but suddenly I saw a new meaning for the word ‘passive income’. No matter where you are (beach, prison or otherwise), your income really does continue. Although in this case, it was obviously going to require some ‘out of the box’ kind of thinking to keep it going.

So as the months went by after my visit, I started learning through his letters, about the hopelessness that some of the ‘soon to be released’ inmates felt regarding their future on the outside. I guess ‘Just Released From Prison’ is not a desirable selling point to have on resumes these days.

As my friend has lived and breathed MLM for the last couple of decades, he naturally started to introduce some of the inmates to the concept. Although some of these guys had previously been highly successful entrepreneurs, made significant amounts of money and were highly intelligent, they were still at a loss as to what they would do when they were released.

The letters from my friend continued to talk about other inmates who were soon to be released and yet hungry for information on starting their own business, so I decided to post 3 books to him. You’re First Year in Network Marketing, The New Professionals & How To Win Friends & Influence People.

Considering the circumstances, I figured the latter would be put to good use regardless :-)

From here the story continues as I begin to hear inspiring feedback about some of these men, who are now educating themselves on the possibility of a new life and an extraordinary future. I’ve since had the pleasure of actually speaking to some of them since their release, and I can tell you they demonstrated more drive and willingness to make a difference than many people who have never been in such circumstances.

It’s made me realize more than ever what an incredible platform Network Marketing is for anyone, no matter what background, to get started as an entrepreneur.

What about you, do you have any inspiring stories to share about how this industry is having a major impact on peoples lives?

People do extraordinary things in the most extenuating circumstances and I’d love to hear about your stories. And if you enjoyed this post or think it would inspire someone in your circle of influence, don’t forget to share it on Facebook :)