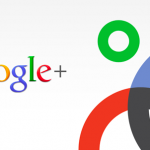 The easy way to create a Google+ invite for your friends

If you’re an online marketer, no doubt you’ve heard that Google+ finally opened it’s doors to it’s testing phase in the last few days. And given it launched via ‘invite only’, the question on most people’s lips seems to be how the heck do I get in there! So far it seems that many of the tech industry were amongst the chosen few, along with randomly selected google accounts. And once you were on the inside, you could easily invite others until google decided that due to ‘insane demand’ they had to shut the process down! While some are already accusing the company of hype, I’d say the fact that just one of their Google+ Youtube videos has almost 2 million views in less than a week is a good indication that the demand is real.

How do I get a Google+ invite?

Ok first up you need to know someone who already has an account :-) Then just get them to follow the steps below or send them the link to this post.

STEP 1.  Click on what’s known as the circles tab up the top of the page.

STEP 2.  Once on the circles page you’ll see that as well as some predefined Google+ circles, you have the option of creating your own. Click to create a new circle.

STEP 3.  Give your circle a name and then click on ‘Add a new person’. Enter the email addresses of the people you want to invite into Google+. You’ll also want to add one of your own email adresses to this circle and I’ll get to why in a minute. Note:When I was testing this, any email address that was linked to my  google profile didn’t work. So make sure you use an email addy that isn’t associated with your google accounts.

STEP 4.  Now it’s time to share with your circle. What happens here is once you share an update with your circle, anyone who doesn’t have a Google+account will be notified via email. It’s in that email that they’ll receive a link to get in!

In step 3 I mentioned to make sure you include one of your own email addresses in your circle and here’s why… Once the email arrives notifying you of your own update, the link down the bottom that says Learn more about Google+is a link you can share with anyone. How cool is that! I just tested this with a friend today whose email address wasn’t included in my test circle and the link in my own email worked to get him in.

Be patient with the process as I initially thought my 3 tests had failed. I didn’t receive the email above until nearly 13 hours later! And then another email that I included in the test arrived another 2 hours after that. Google’s servers are apparently overloaded which might explain the delay. But for now, not only will this give you a way in, you’ll now have a direct link to share with friends. I’d be careful about over sharing the direct link as who knows what Google might do if 100 people suddenly join through the one link.

UPDATE: I just tested this again and it looks like the link you receive by adding your own email address to your circle will only work with one person. So if you want to invite 5 people, you’ll need 5 different email addresses to use.

I hope you enjoy Google + and if you have any questions or comments, just leave them below and I’ll be sure to answer them. Oh and although it seems hilarous to say this, don’t forget to share this post with your freinds on Facebook :)

106 thoughts on “The Simple Loophole To Create Google+ Invites”